On 13 September, Dan and Honey Jones and I sighted a Pallas' Cat south of Flower Lake in the Ruoergai Grasslands, Sichuan, China. This was my first sighting of this cat in the area for three years!!! This location is just a few hundred meters away from where I sighted the Chinese Mountain cat in autumn last year.

The Pallas' Cat was sitting on a high pile of stones at a disused quarry site. We scoped from around 300 m and watched for around 5 minutes. It was very wary, observing passing motorbikes, and finally disappeared when we got within 200 m of the site.

Yasaman Talebi and her colleagues received a grant for their project "Status Assessment of Pallas’ Cat Otocolobus manul (Pallas, 1776) in one of its westernmost distribution extents in Alborz Mountains, Iran" from the Mohamed bin Zayed Species Conservation Fund. This project is special: the first all-ladies team tracking Pallas' cats for the first time in Iran. Congratulations!! 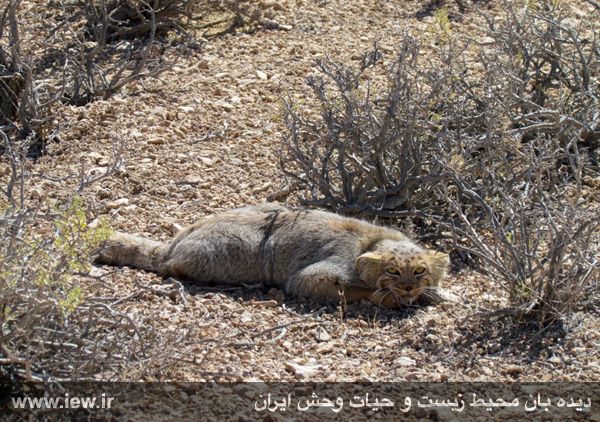 This Pallas' Cat was photographed in Khosh Yeylagh, one of the oldest reserves in Iran, after more than 10 years since the last observation. The cat was accompanied by a cub.

Khosh Yeylagh reserve is located in the east of the Alborz Mountains in northern Iran.

This and one more photo by courtesy of Iran Environment and Wildlife Watch.

Nasanbat Battogtokh of the Department of Biology, National University of Mongolia, is studying the ecology of large mammals in Trans Altai Gobi. He sent this photo and wrote:

On 29 June, one of our camera traps captured a Pallas' Cat near "Suuj" spring behind "Tsagaan bogd" mountain in the Trans-Altai Gobi, Mongolia. 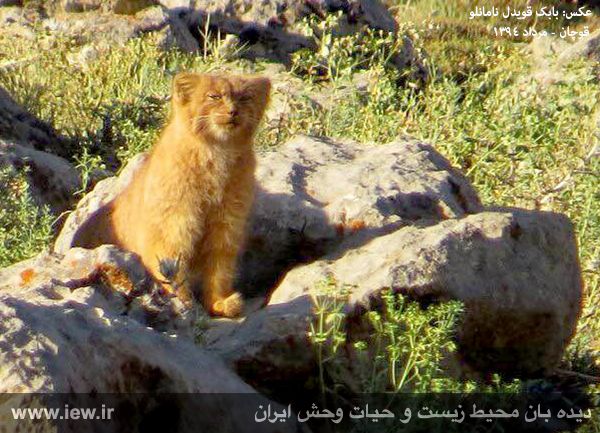 This Pallas' Cat was photographed in Qarchaqe Protected Area located in the Kopet Dagh mountains in Razavi Khorasan Province.

Qarchaqe Protected Area is located close to the international border with Turkmenistan.

This and two more photos by courtesy of Iran Environment and Wildlife Watch.

This photo was taken in the Shirkouh No-Hunting Area in central Iran near the city of Taft. Can you find the Pallas' Cat? 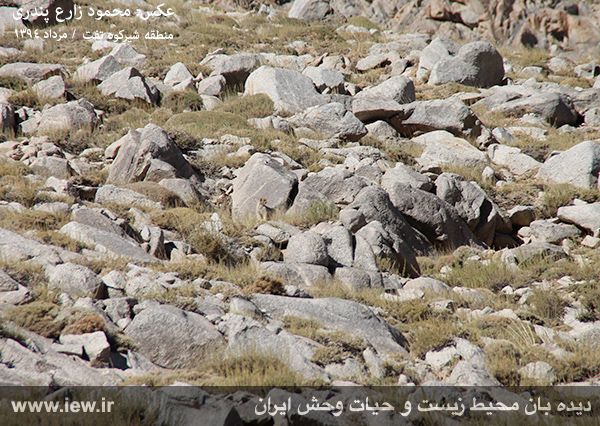 This and one more photo by courtesy of Iran Environment and Wildlife Watch. 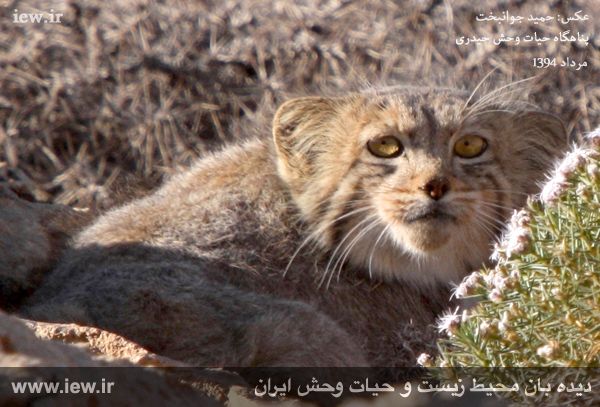 A Pallas' Cat was photographed in Heidary Wildlife Refuge in northeastern Iran. 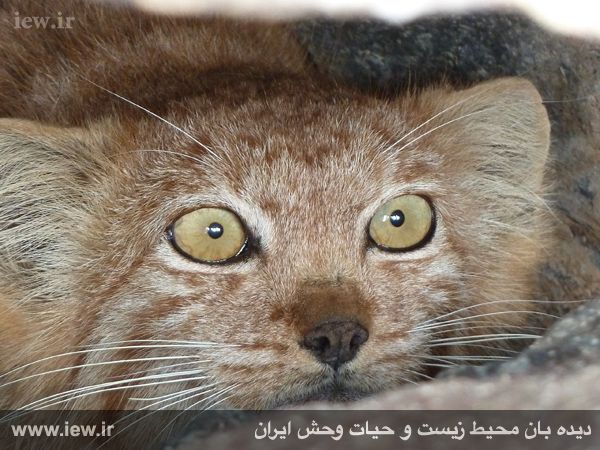 A Pallas' Cat was found in a cave around the Meymand village in southern Iran by officers of the Natural Resource Organization.

Katya Pavlova from the A. N. Severtzov Institute of Ecology and Evolution, Moscow, wrote:

This video was taken in the Daurskii Reserve, Russia, in 2012 by Genadii Shalikov. At the time, we caught manuls for radio-collaring together with colleagues from the protected area.